Martin turned off the highway onto the dirt road and headed toward Double the Fun, a house of ill repute.  He was looking for some action and the offering of a night he’d never forget with either Dolly or Jayne sounded irresistible.  His friend Sam had been out here last weekend and came back with the most amazing stories.  Martin’s heart raced as he rolled up to the front of the establishment and just as Sam described, the two ladies were waiting for him in front of their rooms.  Martin looked at his two choices and quickly realized Sam was playing a prank.  Without hesitation, he reached for the shifter, and put his car into reverse. 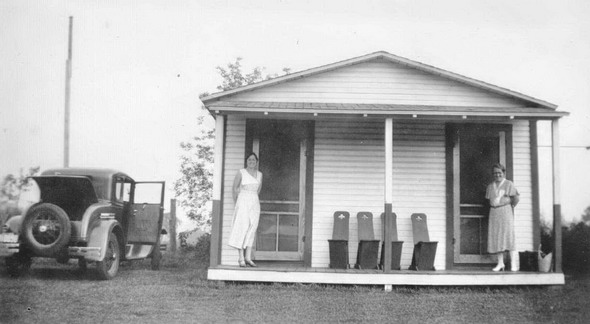