Lucky us!  You, for getting Mrs. N. as your teacher this year and me, for being invited back for a 3rd year to speak to her class about being a writer.   Our mission together was to write a 30 Second Story which would be featured on my blog Jotter Girl.  We discussed the photo prompt briefly and then each of you contributed a line to the story while I took notes as fast as I could.  With all the creativity that flowed, the 30 seconds wound up being about 78 seconds.  To the best of my recollection, here is the story we put together. 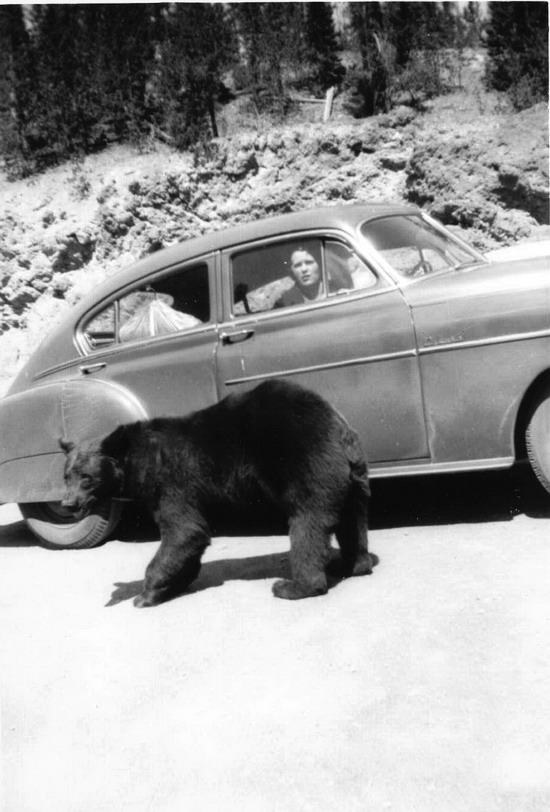 It was a sunny day at Yellowstone Park when Abby Lee Miller, who was eating her lunch, saw a bear outside her car window.  Suddenly, he stood up and shouted that he wanted her taco.  Abby screamed so hard that her eyes popped out of her head.  Luckily the bear saw a squirrel and was distracted so Abby could quickly lock the door.  The bear called out, “I am Sir Grand Poobah” and began to chase the squirrel.  He yelled back over his shoulder, “Lady, I don’t want your taco anymore, I’ve got something better to eat!”

The bear and squirrel ran around and around until they ended up on the roof of the car, where they began to dance the Tango.  Bear said, “Come to me Honey Boo Boo!”, which made the squirrel scream and run for her life.  Poor squirrel wasn’t watching where she was going and ran right into a fire pole.  Honey Boo Boo was knocked out immediately.

Meanwhile, hoping to get away, Abby put the car in reverse and it began to roll down the hill.  The bear followed the car because he was interested in the clothes hanging in the back seat.  He jumped through the window and grabbed the neatly wrapped dry cleaning.  Not knowing what to do, Abby took off her socks and put them in the bear’s mouth.  Bear removed the socks and said, “I have a wedding to go to, all I want are clothes, dude.”  Abby fainted momentarily and when she awoke, she saw the bear dressed in a tuxedo doing a dance called the Dougie.  Bear had learned to do the Dougie by watching YouTube and was ready to teach his new friend Abby.

In the end, Abby fell madly in love with the bear and they drove off together to have a fun evening at the wedding where they did the Dougie and the Tango all night.

My goal today was to get you excited about writing.  Based on all the giggles and raised hands, I think everyone had fun participating.   Keep up the good work, let your imaginations run wild, but most of all, write it down!  I must go now, my dog Ivy wants me to teach her the Dougie.  If you want to learn how to Dougie, click the link and cast members from Glee will teach you.  Go on Mrs. N., click the link.

Last week I saw the MDNA Tour in DC.  It was a blast and reinforced my enduring fascination with Madonna.  I openly admit to liking her and always have.  Except that one time, when she did a show in a Long Island, NY club just before she became famous.  It was 1983 when I saw her up on stage singing Burning Up.  I wasn’t impressed and it was close to curfew, so I went home.  In all, I have seen her live 3 times over the last 29 years and suspect that I will probably still be interested in her ten years from now.

What did I carry in my purse to the shows, you ask?

Well, you didn’t ask, but I got to thinking about this as I was loading my purse for this last show. 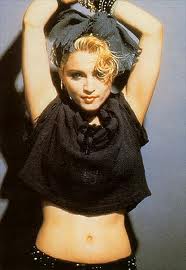 My LeSportsac handbag was stuffed with: 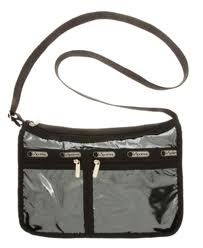 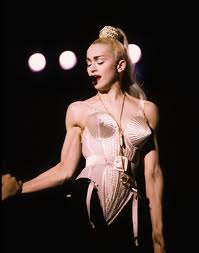 My Fanny pack was filled with: 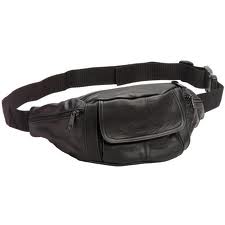 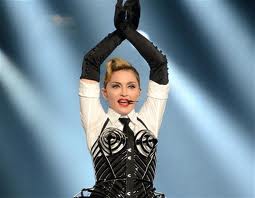 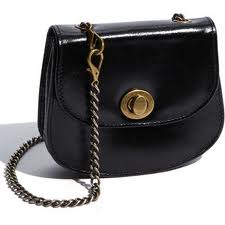