Benjamin and his wife sat together, sorting old family photos while watching their favorite show, Jeopardy.  At the commercial break, he turned to Donna and said, “If I hear that Subway commercial one more time, I going to throw the TV out the window!”

Benjamin, now 97 years old, looked down at the photo of himself as a young bread salesman and sighed.  He had started his little business selling foot long loaves of bread to folks in the Philadelphia suburbs back in the 1930′s.  Much to the customers delight,  Ben would knock on their doors every Thursday and begin singing “Five… Five Cent…. Five Cent Foot Looong!” 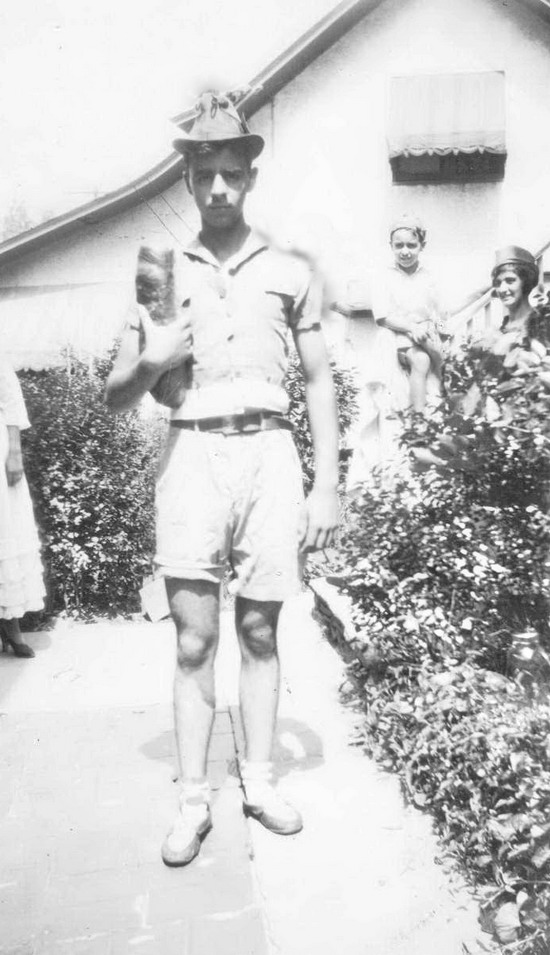 While he never made it rich as a Bread Man, Benjamin did cash in later in life as a jingle writer.

Our house will be bursting at the seams with testosterone, chips and soda while my boys and I watch football this evening.  In truth, I only know that it’s a playoff game because of the picture I have downloaded for this post.  Lucky for me the team logos on the helmets were easy for me to figure out who is playing.  The New England Patriots vs The Something or Other Broncos.

Had I seen these helmets instead, I would have no idea….. 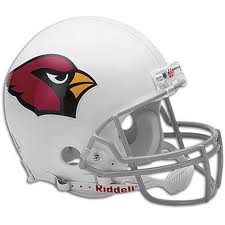 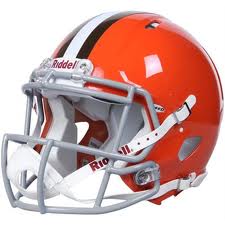 I can understand why I should have guessed better with the Arizona Cardinals helmet but as for The Cleveland Browns, all I can say is that they might want to be a little less confusing with their helmet color choice.  I would have gone with Brown, but that’s just a suggestion.

So with all this pregame information gathering, I should look pretty cool in front of my boys tonight.  I’ve also made up some rules for myself to follow so they think my head is in the game.

2)  Slam fist into couch when ball is dropped

4) Talk with mouth full of potato chips when discussing plays

5) Don’t roll eyes when the cheerleaders come on

8 ) When leaving the room to get more chips, tuck a throw pillow under arm and run into the kitchen yelling “I’m going for a first down!”

Yes, it’s going to be pretty manly over at my place tonight.  I just hope I can keep up, especially since my testosterone levels are dropping as I creep towards menopause.   My old friend testosterone who used to be here to help convert my calories into muscle has packed his bag and left me with an expanding soft waistline.

I’m kind of hoping my kids are rooting for different teams tonight – which means I’ll have to sit between them on the couch.  Without a doubt, the competition should increase their levels of testosterone during the game.  Hopefully while they are screaming “GO TEAM GO” at the TV, some of that testosterone will escape via their lungs and become airborne*.  All I need is to take in some deep breaths and maybe, just maybe, I’ll wake up with a little less mid section blubber in the morning.

*I am aware that I wont really be breathing in svelteness tonight….but a girl can dream.

Arthur heard the ding of the “time’s up” bell but ignored the rules and kept on clipping away at his entry.  When the judges of the Springfield Topiary Contest came to his spot in the garden, Arthur quickly hid the shears behind his back.  Judge #3 remarked that an incomplete submission would need to disqualified.  Arthur thought quickly and lied, saying that his creation was in fact an erupting volcano.   A first place ribbon for creativity was immediately pinned to his lapel. 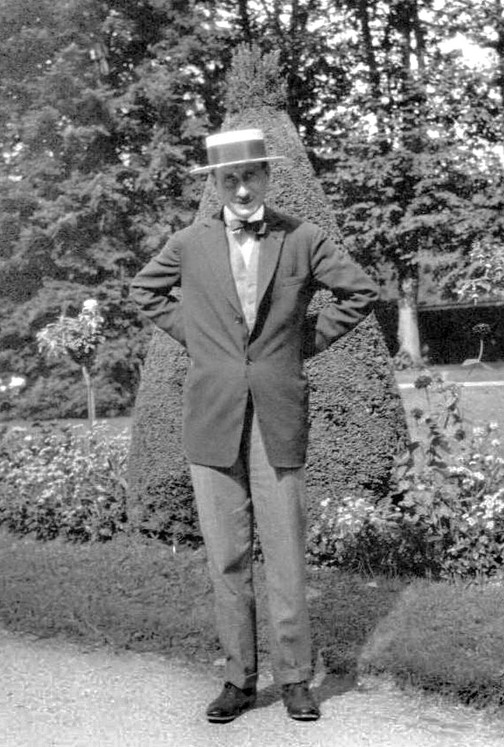 Those kids on the bus were wrong again……. Santa does exist.

Just before the holidays, I posted an open letter to MORE telling them that my Christmas wish was to write a recurring feature for their magazine.  On Christmas morning, I pushed past my kids and ran downstairs to the tree, eager to see what Santa brought. I was hoping to find a beautifully wrapped box with a big red bow holding an invitation from MORE asking me to write for them.  Well, that’s not exactly how it went….

In my home, where it is just me and my 2 tween boys, I am Santa Claus.  Or at least I was up until last year when my children found out the truth on the school bus and the jig was up.  I have to admit that I was a little relieved this Christmas when I didn’t have to go out and buy a whole bunch of gifts for myself from Santa Claus.  Ever since my boys were young, they would say things like, “Mommy, you are soooo good that Santa will bring you lots and lots of goodies.”   In an effort to keep up the ruse, I would buy myself gifts and hide them along with my children’s packages.  Surely if I didn’t get anything, the boys might begin to think that Mommy wasn’t so good after all and I really didn’t need them having something to hold over my head for the coming year.

This year, the boys weren’t ready for things to change and still wanted me to “play” Santa Claus.  I agreed but advised them that “Santa” was now just for the kids.  So, I ordered myself a book and nothing more.  No stocking stuffers, no array of gifts to me under the tree.  I was looking forward to less wrapping, less dragging all those gifts up from their secret hiding places in the basement and getting to bed earlier on Christmas eve.   Then I had a change of heart when sadly, on December 23rd, I received notification that the book was on back order and would not arrive until January.  There would be nothing for me under the tree for the first time in 50 years.  This got me thinking about Christmas wishes which in turn prompted me to write the post to MORE letting them know my wish.

Here we are in January, Christmas is all but put away and I am still waiting for my book.  Having forgotten about my open letter, I was startled this morning when my email inbox had a message from MORE with the subject line:  Your wish, fulfilled

Along with a friendly note inviting me to pitch a blog post for their More.com website, they sent me this…. 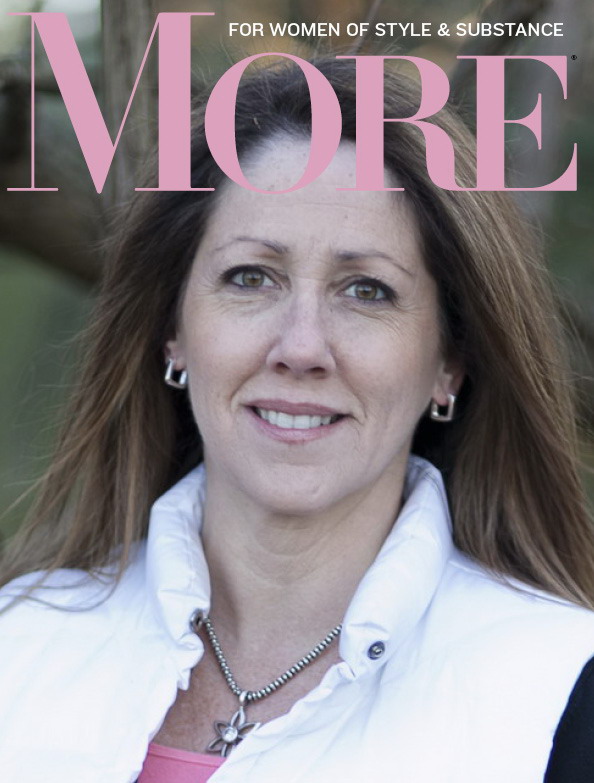 The people at MORE have a great sense of humor and I’m glad that they decided to use this photo and not one from my subsequent post where I am wearing fake mustaches.  You can bet that I will write and submit a piece for their Blogger of the Moment spot – with hopes that someday you’ll be able to come and read me over there.