Huck Finn said the N-word…. but I wasn’t sure I would be able to.

I had the idea to read The Adventures of Tom Sawyer and Huckleberry Finn to my two 10 year old boys.  I thought sharing a classic piece of literature would be good for them so I downloaded Tom Sawyer onto my Kindle.  It’s been sitting in Kindle-ville for over a month because I’ve been wrestling with reading the N-word.

You are probably familiar with the current controversy over the censoring of Mark Twain’s books.  The publisher, New South, has taken out the “N-word” and replaced it with “slave”.  There have been other changes too, such as “Injun Joe” to “Indian Joe” and “half-breed” becomes “half-blood”.  All of this in an effort not to offend readers.  Turns out, that readers on both sides are offended and many articles have been written with varied opinions being tossed about.

I was pretty sure I knew what my opinion was and then began to think about reading the original text to my boys.  I wondered if I would stumble over the word nigger because in our real world, I find the term to be deeply offensive.  I began to plan in my head the discussion my boys and I would have regarding the N-word and worried that I might not be able to impress upon them just how the word stings me on an emotional level.  I wasn’t sure I could translate those feelings into words that would make them understand.

After doing a bit of research, I found the following quote from Mark Twain.

“the difference between the almost right word and the right word is really a large matter.”

It was at this point that I knew I needed to read my boys the original text.  The more I thought about it, the more I disagreed with the new censored publishing.  Changing art to suit our moral compass is, in my opinion wrong.

Knowing that the content of the Twain books would need some discussion and explanation on my part, I decided to check out a few parental guidance websites to find the recommended age for reading these books.  Twelve years old seemed to be the consensus but after a little more research, I came across this response from Twain himself in answer to a librarian’s inquiry about the banning of his book at the Brooklyn Library in NY.

“I am greatly troubled by what you say. I wrote ‘Tom Sawyer’ & ‘Huck Finn’ for adults exclusively, & it always distressed me when I find that boys and girls have been allowed access to them.”

There was the answer I was looking for.  While I may not shield my boys from The Adventures of Tom Sawyer and Huckleberry Finn until they are grown up, I think I will wait a few years before sharing it with them.  As far as the N-word goes, I may stumble over it and feel uncomfortable saying it, but I intend to read them exactly what Twain wrote.

The Jotter Pages…..VIP in Rome

The Jotter Pages is a glimpse into one of my many notebooks.  The italics are the actual writings from my jotter and the roman type are my comments today.  This entry takes place in Rome, Italy 1984.

Right now it is 8:00 pm and I am so pissed off.   After a long trip from Paris, I am finally in a room in Rome.  I arrived here early, due to my hotel room in Florence resembling a jail cell.  I checked into the Florence hotel and checked out again within 10 minutes.  There were no other hotels available in Florence so I took the next train to Rome.  I was lucky to find a room here at the Holiday Inn until my reservation at the Pensione Merano begins in a few days.  There was a bottle of champagne and two glasses on my dresser when I arrived.  Welcome to Roma!

After a long day, I was too tired to venture out to a restaurant so I ordered room service.  Initially, the guy who brought it up to my room seemed nice.  On his way out, I asked him why I had received a bottle of champagne and he said because I was a VIP.  He didn’t speak English very well and I was too tired to try and convince him I wasn’t a VIP so I just left it at that.  A few minutes passed and there was a knock at my door and it was him again.  He said that the champagne was delivered to the wrong room but that I could keep it.

Later that evening, he returned to my room to collect my dinner tray and offered to open the bottle of champagne for me.  His name was Fabrizio and he was quite handsome with thick black hair and Italian features.  We began to chat and he poured me a glass….and then poured himself one too.  Before I know it, this bellboy was sitting on the edge of my bed very close to me.  I ‘m thinking, “What the hell is this guy doing?”  Fabrizio tells me he must leave and he leans over and begins to make out with me.  I pushed him away and pointed to the tray, telling him to get out.  He matter of factly collected my tray and left without a word.

I hope Fabrizio doesn’t come back here later.  I wont answer the door if there’s a knock.  From now on I am not going to tell anyone I am traveling alone….I guess it was stupid to tell Fabrizio.  Live and learn.

8:30 pm.  I just came back from putting my jewelry and travelers checks in the hotel safe.   I met Fabrizio in the hallway near my room.  He then proceeded to walk with me toward my room so I turned to him and said a stern “Goodnight.”  He asked if I would like to invite him in.  I replied, “No.”  Then he says he wants to apologize about before.  I said goodnight again and went into my room and quickly locked the door.  I am so glad there’s a chain on this door because Fabrizio could probably get himself a key.  A chair in front of the door wont hurt either.

The Italians and I certainly had different ideas about room service.

I like to think that I am a much smarter traveler now some 27 years later.  Although, the thought of a little room service……

It was my very great pleasure to come to your children’s 5th grade class this morning to discuss what it is like to be a writer.  The room became electrified with excitement as I sat amongst your kids who were eager to share their writing experiences.  I was impressed by the questions, questions and more questions!   You should have seen their enthusiasm as we formulated our own story, each taking turns to come up with the next line about the “time bomb” in my handbag.  Never fear, our story ended on a positive note due to some very clever contributions from the class.  I am still smiling about it now 3 hours later.

Your children want to write and they are excited about it.

They want to be free to write without criticism or correction.  I heard words today that I didn’t quite expect from 5th graders.

Your children want to express themselves through writing.  Invest in them.  Buy them a jotter, a notebook that is theirs and theirs alone where they can dream, create, and experience the wonder of writing.

Something to note…. I read this week that Rutgers University recently paid Snooki $35,000.00 for a speaking engagement. Its doubtful that she was there to discuss the importance of writing, but more likely looking to inspire the tanning bed users of tomorrow with her orange glow.  In my opinion, this is a sad reflection on our society that we put such value on reality TV stars. 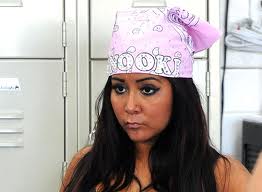 While Mumbldyhumf Elementary School did not pay me $35K for my speaking engagement….

I had an experience which was priceless.

Today, in America,  we celebrate April fool’s day.  It’s a day of pranks, jokes and fakes.

This year, we have decided to share our holiday with you and have sent you 8 jokes to help you celebrate the day. 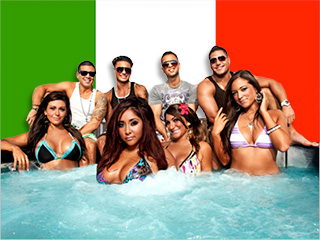 I have no other explanation as to why Snookie and The Situation are over in your country other than…..